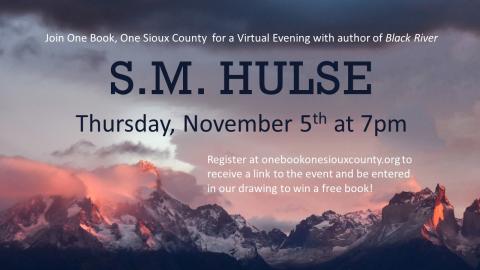 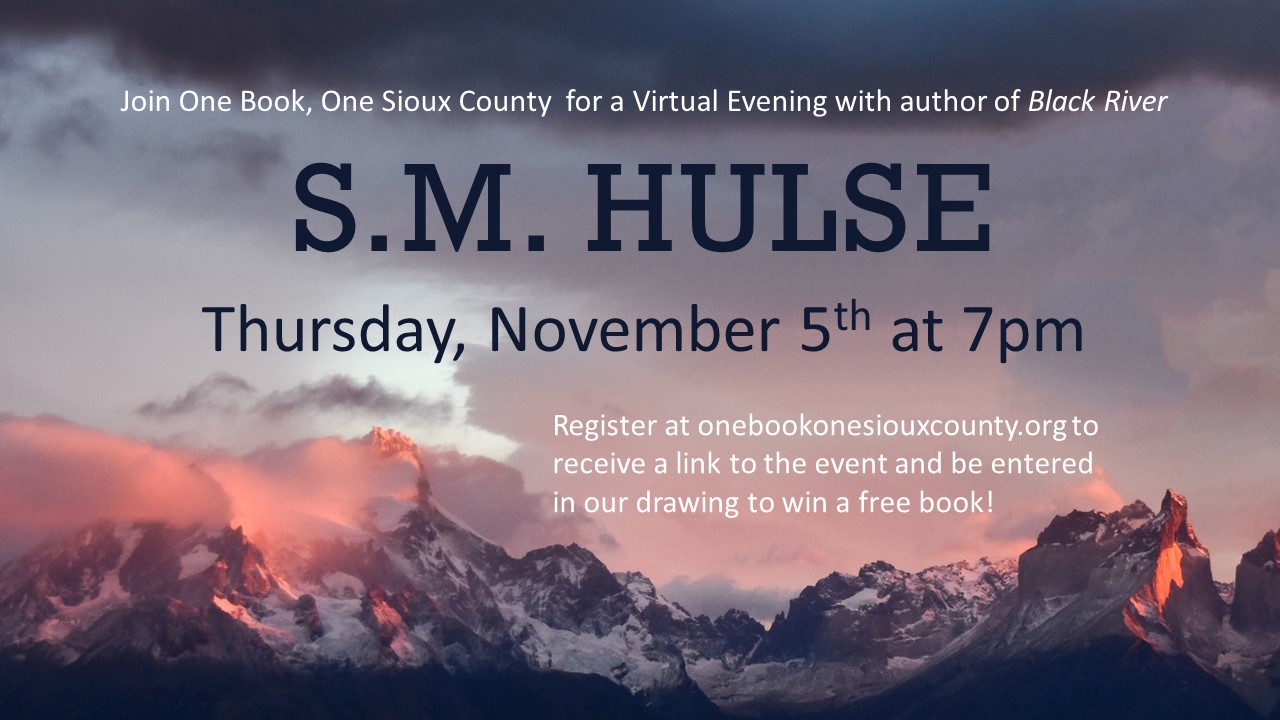 Don't forget about this event. Add it to your calendar.

Let your friends know about this event! Share it on social media.

Teens (9th-12th Grade) , Adults
Registration for this event is no longer open.
Allowed Ages: 16 and up

Join us as author S.M. Hulse discusses her debut novel, Black River, during One Book, One Sioux County's virtual event!  This novel has received many awards and was chosen by the committee to be this year's selection for book discussion.

When Wes Carver returns to Black River, he carries two things in the cab of his truck: his wife’s ashes and a letter from the prison parole board. The convict who held him hostage during a riot, twenty years ago, is being considered for release.

Wes has been away from Black River ever since the riot. He grew up in this small Montana town, encircled by mountains, and, like his father before him and most of the men there, he made his living as a Corrections Officer. A talented, natural fiddler, he found solace and joy in his music. But during that riot Bobby Williams changed everything for Wes — undermining his faith and taking away his ability to play.

How can a man who once embodied evil ever come to good? How can he pay for such crimes with anything but his life? As Wes considers his own choices and grieves for all he’s lost, he must decide what he believes and whether he can let Williams walk away.

This is a virtual event!  Space will be limited to 100 viewers.  Live viewing parties will be held at:

Sioux Center Public Library will be showing it in Room AB at 7:00pm

Hospers Public Library will be showing it at 7:00pm